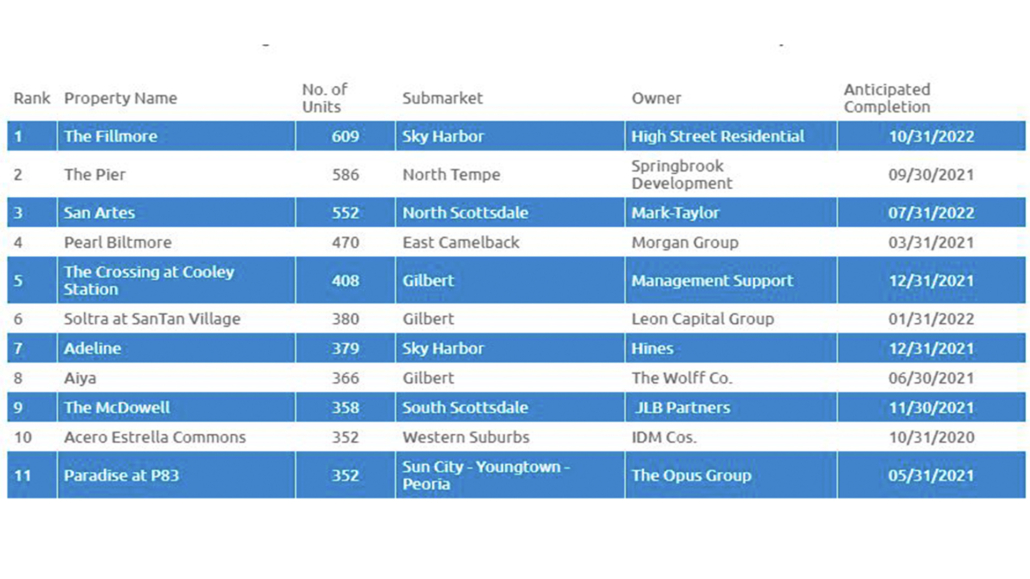 The Phoenix multifamily market continues to stay on solid ground despite the ongoing pandemic-induced economic slowdown. According to Yardi Matrix data, more than 108 multifamily projects totaling nearly 22,000 units were underway in the metro as of July, most of which were in upscale communities.

Development activity was concentrated in the Sky Harbor and North Tempe submarkets, where a respective 4,247 and 2,876 units were under construction as of July. Some 3,700 units were added to the metro’s inventory year-to-date, including the 504-unit Sky at Chandler Airpark. Meanwhile, 6,855 units are expected to come online by year-end. Here’s a breakdown of the largest communities under construction in the metro as of July.

The Art of Collaboration